Have You Met The Nobel Peace Prize Laureate Behind Bars?

Have You Met The Nobel Peace Prize Laureate Behind Bars?October 14, 2010 TL
Crime and PunishmentEthicsInternationalLegal
0 Comment 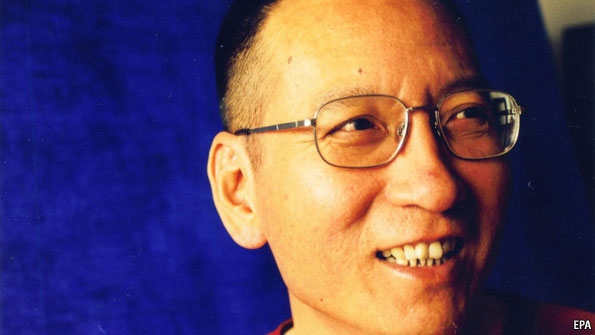 THE Nobel peace prize committee’s announcement on October 8th that they are giving the award to an imprisoned Chinese dissident, Liu Xiaobo, will infuriate Chinese leaders. It may well give extra ammunition to hardliners in China who argue that the West is bent on undermining Communist Party rule. This is the same faction that argues the party should take advantage of the West’s economic malaise to assert its own interests more robustly.

China reacted with outrage in 1989 when the Nobel peace prize was awarded to the Dalai Lama, the Tibetan leader in exile, to all appearances as a rebuke to the government for having crushed the Tiananmen Square protests earlier that year. Though China regards Tibet as an integral part of the nation, Mr Liu stands apart as an ethnic Han Chinese who has devoted himself to addressing the politics of China proper.

Mr Liu is precisely the kind of dissident that the party regards as most threatening. He is a seasoned campaigner, a veteran of the Tiananmen protests who has shown no sign of succumbing to the party’s intimidation in spite of three periods of incarceration over the past two decades (more than five years in total). He is a mildly spoken literary critic who has created the sort of consensus that is unusual to forge among China’s infighting intellectuals. Mr Liu’s Charter 08, a document that calls for democracy, was signed initially by more than 300 liberal thinkers (and then by thousands of others online). It struck a reasoned tone to which radicals and moderates alike could subscribe. The debate over “universal values” that it helped to fuel still rages within the party today.