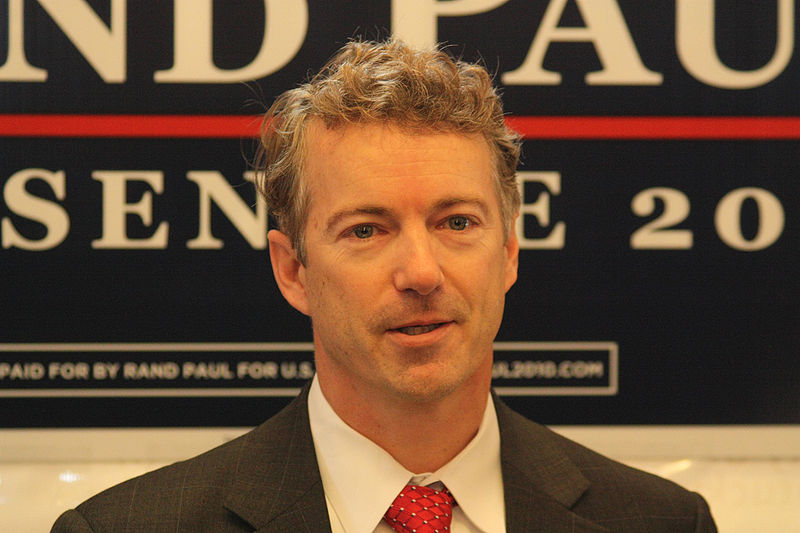 Oh yes he did.

As the standard bearer for the Tea Party crowd, it’s no surprise that Rand Paul likes his taxes small, and his government even smaller. But his recent comments on the 1964 Civil Rights Act are calling into question whether the hero of Tea Party activists nationwide believes it’s OK for private businesses to discriminate on the basis of race, sex, religion, or sexual orientation.

Asked by the Louisville Courier Journal whether he was supportive of the 1964 Civil Rights Act — you know, the piece of legislation that ended institutional racism in the United States — Paul told the paper that while he was supportive of some of the provisions in the Civil Rights Act, he took issue with the Act’s requiring all businesses (public and private) to adopt anti-racism policies.

"I abhor racism," Paul said. "but at the same time I believe in private ownership."

In other words, according to Rand Paul, private businesses like Wendy’s, Aetna, Comcast, the local furniture store down the street from you, or your neighborhood grocery store should be allowed to refuse service to people who are black, Latin@, gay, lesbian, transgender, Buddhist, female, Asian or any other sort of characteristic that individual business owners might not be cool with.

Which brings us to Rand Paul’s new campaign slogan: If you wish it was 1860 again, vote for Rand Paul this November.

Paul appeared on the Rachel Maddow show last night, and affirmed that while he abhors racism individually, and wouldn’t want any government institution discriminating against a certain set of people, he doesn’t want to "limit the speech" of a private business to discriminate.

"I think what’s important in this debate is not getting into any specific ‘gotcha’ on this, but asking the question ‘What about freedom of speech?’ Should we limit speech from people we find abhorrent. Should we limit racists from speaking?" Paul said.